Don't Look Here, Look Over There 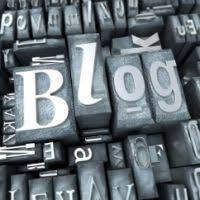 It is becoming more and more obvious to a growing number of believers that the pure doctrines of Christ as revealed through the prophet Joseph Smith are being rapidly displaced by dogmas invented by men.  I can remember in my own lifetime when those in leadership positions taught the importance of looking to the word of God. That no longer seems to be the case. Today's LDS leaders have one mantra and one mantra only: "Follow the prophet.  Keep your eyes riveted on the leaders.  We cannot, we will not lead you astray."

This false doctrine cannot be found anywhere in the Book of Mormon nor in any revelation from God; in fact the opposite is true.  Joseph Smith rebuked the Saints for depending on him, and the Lord frequently said those putting their trust in men will be cursed.

So today I'd like to introduce you to a couple of blogs that are relatively new to the Mormon blogosphere, but whose contents I find so important I wish I could shout it from the rooftops.  So this time I would ask you not to look here, but to look over there where you'll find the really good stuff.

There are, of course many in the blogosphere who are doing some great work; too many for me to even keep up with anymore.  For now I would like to provide you some links to just two of these incredible new voices:

Blogger Number One, known only by the name of his blog, "Latter DayTruths" prefers to remain anonymous for now.  He has family members who are well-known in the Church and at this time he feels it best not to openly stir the pot.

"Let’s cut right to the chase: As of October 2, 2021, the LDS Church officially ceased being a Christian denomination. And all those non-LDS Christian churches who for years have accused the church of not being Christian? Turns out they were right all along."

Here is that post: "Following the Prophet Now Supercedes All Primary Christian Doctrines"

LDTruths has also weighed in on the false teaching that the Covid vaccines are "safe and effective."
It's worth remembering that no one in Church leadership has claimed that this insidious declaration came by way of any revelation from God.  The president of the Church no longer has to claim an actual revelation as Joseph Smith did. Like the Catholic Pope, when the LDS president says something, it's a papal bull, the same as if the words came from God Himself.  If you question the legitimacy of his decrees, you are the heretic.

LDTruths has elaborated further on that false doctrine, such as the announcement that the Covid vaccine- the very poison that is killing young Mormon athletes- is "a godsend from heaven."  It's easy to see why they are pushing this so hard.  LDTruths presents documented proof that the LDS Church has invested half a BILLION dollars in the those very vaccines.  Why wouldn't they try to get members to put this poison inside their bodies?  It's making the leaders personally rich.

And if you think I'm exaggerating, just remember that in 1925, when the Church was changed from the religious society founded by Joseph Smith into a modern corporate entity, ownership of church property was transferred from the members to whoever is the president of the Church at any given time.  That means that right now Russell Nelson personally owns everything held by the Church, from every share of stock right down to every folding chair in every chapel.

While you're over at the LDTruths blog, you can also read about how the LDS Church kissed up to the Nazi regime, while siding with the SS against members who criticized Hitler; how very recently members of the First Presidency outright lied, and an objective look at whether or not the LDS Church has now become a cult.  Just look to the right of the page on LDTruths.blogspot.com under "Archived Posts" for this past October, November, and December and you'll find them all there.


Gadiantons, Secret Combinations, and the Mystery Babylon Religion
The other new blog I've been anxious to share with you is one begun just nine weeks ago by Kendal Anderson, and man, is he prolific!  Kendal is the author of the book "War: A Book of Mormon Perspective" which I reviewed here on my own blog a couple of years back. (Kendal will send you a free version of the book in pdf format; all you have to do is ask.)

Now he has begun a blog that tackles the really big issues, such as who or what exactly is the Great and Abominable Church of the Devil mentioned in the Book of Mormon, also referred to in the Revelation of John as The Whore of Babylon.

I have long thought about tackling the topics Kendal has presented in his recent posts but I abandoned the idea, believing the issues were simply too complex and convoluted to present in a way those unfamiliar with them could grasp.  But Kendal has done a magnificent job, already posting several chapters that are so gripping you'll find it difficult to pause and take a break.

The name of Kendal's blog is, fittingly, Book of Mormon Perspectives, located at www.BOMPerspectives.com.  (When searching for the blog, its important that you include the www or you'll end up somewhere in internet limbo.)

Here are the links to the articles you'll find there so far:

Was Jesus a Tax Protestor?

Mystery Babylon: Into the Abyss

So now you see why I've been too busy reading other people's stuff to write something of my own: I can't compete with these two champs.  Until next time, a couple of notes and asides:

Denver Snuffer's Latest
I must have been the last person on earth to learn that Denver Snuffer has published his exigesis on the Book of Abraham, which is available on Kindle for only $3.99.  This is the same talk I posted a link to back in April but with the book you get Denver's copious footnotes and sources.  Well worth the four bucks and a great gift to share with those for whom the Book of Abraham controversy has been a stumbling block.

Denver has published another book which, from what I hear, is destined to be a classic, The Testimony of Jesus: Past, Present, and Promised.  Geared toward the general Christian reader, at this time it isn't available in Kindle and, in fact, the hardcover version has sold out of its first run.  I'm looking forward to getting this when the stock is replenished.

Now You Can Hear The Golden Mellifluous Tones Of My Lovely Bride
Back in the day, my wife Connie was known as an accomplished songwriter and performer and we still have a CD of some of her Christian recordings which has been languishing for a couple of decades.  Not long ago our friend Nancy Genys put a couple of these recordings to video and created a Youtube page in Connie's name, so I'd love it if you listened to those two songs which you can do by clicking HERE.

I should note that Connie herself doesn't appear in these videos; these are made with stock footage.  If you want to see what Connie looks like today you're just going to have to come visit us in Sandpoint Idaho.

At last Summer's Remnant retreat in Challis, Idaho, Connie performed her latest song titled "Dear Jesus" which many people have been asking to hear again.  At this time that particular song is not available on the internet because although we have had the music track ever since Challis, Connie hasn't had a chance to lay down the vocal track. I'm happy to announce that as I write this, Vaughn Hughes is assisting Connie with that very thing, so once Nancy posts it to Youtube (neither I nor Connie know how to do any of this) that song also should be up and available for free, so keep checking back on the Connie Waterman Youtube Channel.

If you're like me and can't get enough of hearing Connie sing, Nancy posted a version of Connie singing "Amazing Grace" which you can access by clicking HERE.   In just a matter of weeks that song has gotten nearly 39,000 views!

One Last Note
As much as I like receiving comments on this blog, I hope you'll express your views on the blogs I've mentioned here on those respective sites.  These guys haven't been at this long and I'm sure they would appreciate seeing your feedback.

FYI...Denver's new book is titled "The Testimony of Jesus: Past, Present and Promised" Thanks for the post Rock...

Thanks for the correction, Leonard. I must have been writing on automatic. I've corrected the title within the text of the post now.

Listened to your precious wife's singing this morning as I watched the sun rise over the mountain. Glorious!! This hymn touched my soul as only music can and I am grateful! Thank you for this moment in my day...I praise the Lord for the beauty of the moment!

Hey, Rock! Connie has a BEAUTIFUL singing voice. I had no idea! NICE!!!

May God bless you and your family!

Thanks for your post, again, dear brother. I have read the blogs you advised us to read and they very good indeed. Nevertheless, it's your blog that has opened my eyes since some years ago on a number of issues, for which I am very very grateful.
All the best to you and yor family.

Rock and friends, have you seen this?

Bart and PNW, thanks for those links, guys.

JR and R Metz, thanks for the kind words.

Also Will and Krambule, I agree wholeheartedly with your compliments on Connie's singing. One of the great benefits of my marriage is I get to hear that beautiful voice all the time.

Hey Brother Rock Waterman,
Do you remember me from institute days? This is Craig Taylor(dated Randi Crabtree). Send me a Hi through the email: craigtaylornotes@gmail
I have found some of your writings very intriguing and thought promoting. Btw, my wife to is a professional singer. Hope to hear from you ol' pal