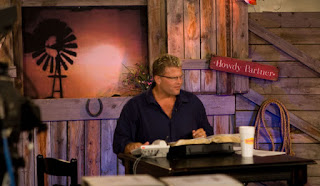 Previously: Why Our Scriptures Need An Overhaul

Unexpected circumstances recently took me from our home in Sandpoint, Idaho all the way back to Utah, and while I was in Salt Lake City I was the guest on Shawn McCraney's live-streaming telecast, "Heart of the Matter."

Shawn McCraney and I had never met in person prior to the night of the telecast, but we have communicated with each other by phone and email a few times over the past decade. What struck me as I watched the telecast later was the realization that here I was having a perfectly enjoyable conversation with a man that only a dozen years ago I would have shunned as my enemy.

Shawn and I have a few differences that in the past I would have felt divided us irrevocably. For instance, I embrace the Book of Mormon. Shawn does not. I believe Joseph Smith was a true prophet of God. Shawn does not.

Shawn has, in fact, devoted a good portion of his life attempting to rescue believing Mormons from what he feels is their delusions. As a formerly devout latter-day Saint himself, Shawn is intimately familiar with the history and doctrines of the church, and he not only rejects them, he vociferously denounces the entire religion as fraudulent. So you can understand why, when I first came across Shawn McCraney on the internet, I considered him a traitor to the faith -as indeed many active latter-day saints still do today. Yet when Shawn and I finally met in person we embraced each other as brothers.

Because the thing that unites Shawn and I is more powerful than that which divides us. We share an abiding love for one another because we both embrace Jesus Christ as our Savior and Redeemer. And that, I can tell you, easily overcomes any religious differences or dogmas. For those who share a unity in Christ, Denominational differences can easily be set aside. They are simply not that relevant.

I happen to believe that the core fundamentals of what we call "Mormonism" are true and valid, but that many of those truths revealed through Joseph Smith have since been warped, corrupted, or outright ignored by those who assumed authority over the church after Joseph's death. The real traitors to the faith were Joseph Smith's purported friends who considered "authority" the ultimate determinant of what is important to the religion, rather than focusing on the pure word of God. After Joseph's death they lied about Joseph Smith when it served their own purposes. They lied about the things Joseph adamantly opposed, and they lied when they claimed Joseph passed his authority on to them.

Today the LDS Church is led by descendants of those original usurpers, men every bit as convinced of their divine right to ownership of the religion as were Caiaphas and Annas in their day.

So Shawn McCraney and I have something in common after all. We are both convinced that religious dogma will not save; only Jesus saves. And any church that requires its members to profess fealty to the leaders of that church is leading those members astray.

In my interview, I tell how the LDS Church today is actively disciplining faithful members who refuse to bow the knee to Church leadership. Members who testify of a desire to "become closer to Christ" are, in the eyes of Church leadership, using "code words" that mark them as being on the road to apostasy. Anyone who admits to following the teachings of the Book of Mormon too closely is at risk of being disfellowshiped or excommunicated.

These days it is not people like Shawn McCraney who are driving Mormons out of the church. The ones responsible for the exodus today are the leaders of LDS Inc themselves. Like the high priests in Jesus' day, they falsely teach the people that they are the ultimate authority and that safety is only assured if you "keep your eyes riveted on the leadership of the Church."

This is something Jesus never taught. It is false doctrine. Our eyes should be riveted on Jesus Christ and Him only. Anyone who teaches contrary to that is on the high road to apostasy, and will lead you astray.

I very much enjoyed the time I spent in the cheery company of Shawn McCraney. There is something very uplifting about being in fellowship someone with whom we share the unity of Christ.  The person I was a dozen years ago would have thought Shawn McCraney was my enemy. Now I know he is my brother. I really love this guy.

You can watch the one hour interview by going to the Heart of the Matter website, or right here:


Update:
Here is a link to a blog post relevant to the conversation Shawn and I had together:
The Refiner's Fire

And here is where you can find evidence that the Book of Mormon took place in North America, including the latest archaeology, DNA research, etc:
http://bookofmormonevidence.org/

Announcements:
I mentioned above that I was unexpectedly called to Utah. Connie's aunt had died a few months ago, and someone needed to go down there and retrieve the possessions in the name of the family. Aunt Mary Lou had taken out a reverse mortgage on the house she lived it, so the property was being reposessed by the bank. But the contents of the house belong to Connie and her siblings, and though there wasn't much of value, we brought back what shoes, clothing, and blankets we could here to Northern Idaho. Our fellowship is preparing a sort of "Bishop's Storehouse" of goods we hope to make available to those in need during the coming days, so we had permission from Connie's siblings to donate anything we could find of value for that purpose.

I'm mentioning this only because I owe a great debt of gratitude for all those who showed up to assist me in sorting through the stuff and helping to rescue it. Without your assistance everything would have wound up in a landfill once the house was foreclosed upon. These were all the worldly goods and family mementos of Connie's deceased grandparents as well as her uncle and aunt, all now passed. She was heartbroken at the prospect that everything that ever meant anything to her family would soon be junked.

So to those kind people who showed up to assist me, a very gracious "thank you." Your help meant a lot to me, and the fact that I had never met any of you in person (aside from the three friends who came down from Sandpoint) just seems miraculous. It's hard to fathom that so many who have never met me would be so ready to give of their time. So again I thank you, Connie thanks you, and Connie's sister and two brothers also thank you for saving their family's meager possessions from ending up in the trash for all time.

And best of all, some good people who are in need of something to wear and keep them warm will one day have what they need because of your kind deeds. So I also thank you in advance on their behalf.
Posted by Alan Rock Waterman at 5:40 AM 79 comments: 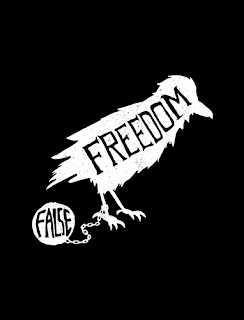 With the fourth of July fast approaching, I am reminded of an incident that happened this time of year to a Mormon couple I now count among my closest friends. Gintaras and Nancy Genys were the founders of a private Christian school in Arizona that catered mostly to the children of LDS parents who sought an education for their children free from State control.

But Nancy was unaware of how tightly the State had already gripped the parents of her students, because after she introduced those children to the factual history presented in a blog post I had written, many of those students complained bitterly to their parents.  Within days those parents came to the school in the middle of the day and literally yanked their kids out.  Every one of those parents who withdrew their children then rushed them into the safety of the local government propaganda mills.

Someone reported Nancy to her bishop. One thing led to another, and Nancy's search for continuing truth eventually got her and her husband forced out of the Church.

All this because she had tried to reverse some of the false traditions that had been inculcated into the children she was entrusted to teach. All she had intended to do was help break the hundred-year grip the State had on a new generation of youngsters. Everything she introduced in her lesson was documented truth. Not even a hint of falsehood.

Eventually, with most of her students gone, Nancy's school folded. For her and her husband, it was a loss of hundreds of thousands of dollars, all gone in a matter of months. They lost everything they had worked for, including their home.

They also lost most of their friends. Because when you resolve to put Christ first in your life, you can expect to be ill-treated by those who think God smiles on His people when they bow to idols.

Nancy and her husband now live up here in Northern Idaho not far from my neck of the woods. She and Gintaras are as devoted to the gospel of the Restoration as ever; more so, I'd say. They have a lot less material wealth than they once did, but then they are much freer now than they used to be. Too bad we can't say the same for those former students, many of whom are now growing into adulthood still chained to the vain traditions of their fathers.

That blog post that got Nancy into so much trouble with her local Mormon community is as pertinent today as it was six years ago. And just as offensive to some folks, I reckon.

You can read it here. That is, if you dare:

"One Nation Under Babylon."
Posted by Alan Rock Waterman at 7:16 PM 49 comments: