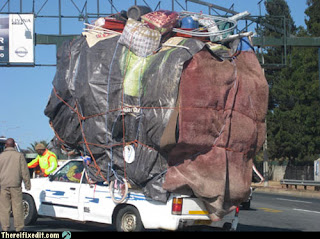 here's a link to the sunstone paper:
http://denversnuffer.com/2016/07/sunstone-paper/

Love the pic of the overloaded pickup, just hope you have better plans then that.

Given your recent posts on helping the poor I thought your readers might enjoy the following post about what it means to truly know the Lord.

All the best on your move.

Rock, glad to hear your moving to Idaho, although I think you'll find that we are the "New California" and maybe Zion to, who knows. Sandpoint is a beautiful area. Best wishes and a safe trip.

Rock if you need a place to stay on your journey our house is open to you and your family if you choose to come through Boise ( Meridian ).
Just message me on face Book.

Since you mentioned Rob Smith's blog, I feel I should leave this here: https://ilookedandbeheld.wordpress.com/2016/07/31/plural-marriage-a-response

Rock. If you are coming up through NV and taking I-15 up into MT, let me know. You can pit stop in Rigby. Room and board on me.

Glad to hear you are going to be a neighbor ... of sorts. It's only about a 5 hour trip down to where we are at (Elk City). Might have to get together some time! :)

Hey Rock. Even though I've heard your voice, I always mentally hear your posts in the voice of the cowboy from the Big Lebowski. Every. Single. Time.

Rock, since room and board offers are coming from people in other cities, and my city has not been offered yet, you are welcome to stay at our house in Clinton, Utah. It's an hour south of the Utah Idaho border, and a half hour north of Salt Lake City, so if the wasatch front is on your way, you are always welcome here. Message me on Facebook if you'd like to take me up on it. (Devin Fausett)

Thanks to all who have offered to put me up; I've responded to all via private message, and you all have my enduring thanks. The route doesn't take us through Utah. According to the map, I'll be driving from here in Sacramento up through Northern California and into Oregon, then across east at Washington State to Sandpoint in the Northern tip of Idaho. So I miss Utah entirely.

Several of the good folks in that area are tithing toward a plane ticket for Connie, as she is too frail to make a drive that far. (These good folks are contributing their tithes for the next two months to fund our entire move, for that matter, as we would never have the resources to do this on our own.)

One good brother is even flying down here to take the wheel of the truck, so I can drive my car. (We considered towing the car behind the truck, but we got a much better deal for the truck sans the tow thingy.)

It's very satisfying to know I have so many friends willing to give me a place to lay my head; too bad I won't be going through Utah. It would have been a privilege to meet you.

Rebecca,
You have imagined the tenor of my voice perfectly. Pitch it with a higher register, add some nasal in the delivery, lose the laconic drawl, and my voice is indistinguishable from that of Sam Elliot.

OneWhoIsSearching,
That's a remarkable piece. Very informative. Thanks for posting that link.

Hope the move goes well Rock.
I have relatives in Idaho.
Went there once; thought it was ok.
Not far enough north though. If you don't like Idaho keep going until you get to Canada. I recommend Cardston. 90% Mormon, no alcohol, and the Queen's on the money!

Fair enough, Janeen!
We just got internet service yesterday, and I am indeed mulling my next post. So much to do yet before we can even pretend to be settled in, but I intend to get something written before this month is out. Meantime, I have very little time to even use the internet, so my presence on, say, Facebook and such will be rare.

I have so much to catch up on. For all I know the Corporation of the President has fallen in upon itself already and I would not have even heard about it.

If you want your ex-girlfriend or ex-boyfriend to come crawling back to you on their knees (no matter why you broke up) you need to watch this video
right away...

(VIDEO) Why your ex will NEVER get back...